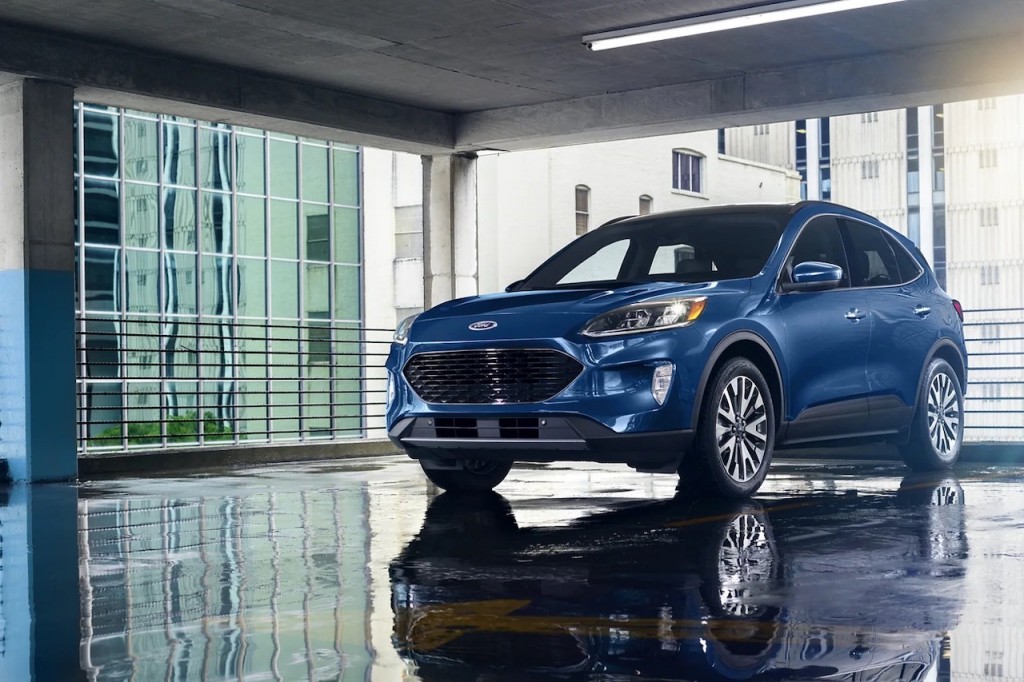 The Ford Escape is a small SUV with modern lines and abundant technology. Known for its smooth ride and comfortable interior, it's also one of the best handling vehicles in its class. If it weren't for its elevated height and driving position, you could almost say that the Ford Escape drives like a car.

In addition to its driving qualities, the Ford Escape is also a versatile model. It has an efficient all-wheel-drive option. It is also a model of fuel economy, with several engines that are more efficient than the others.Cabin space, comfortable seating, and multiple driver assistance and infotainment technologies make the Ford Escape one of the leaders in the compact SUV class.

Engines for every need 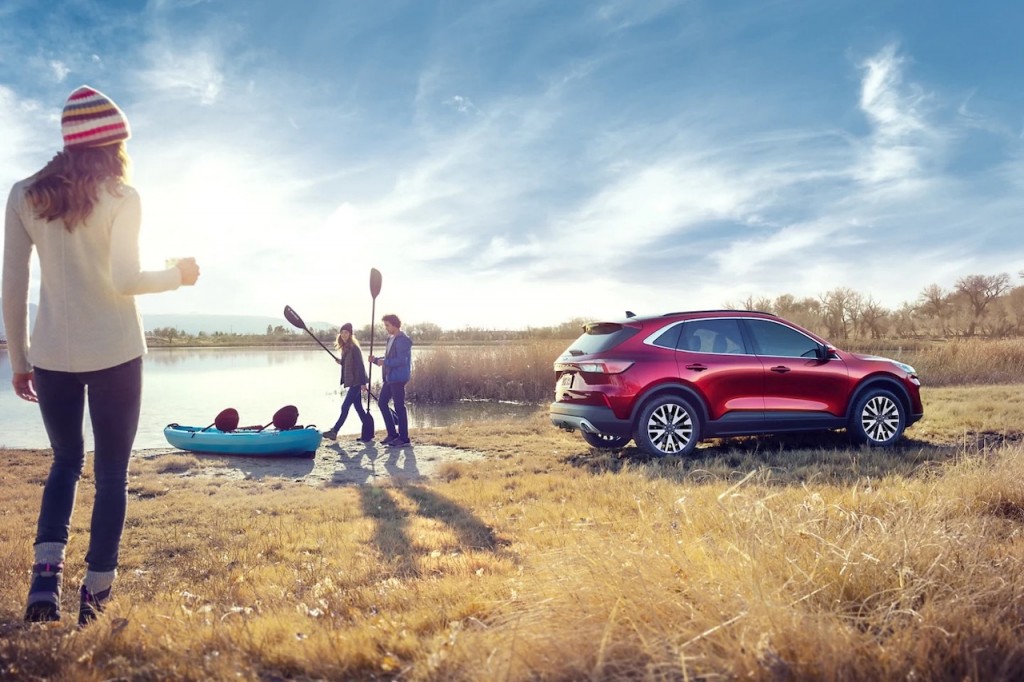 The first and most efficient is a 181-horsepower, 1.5-litre, three-cylinder turbocharged engine. This small, economical engine is surprisingly responsive for such a small displacement. It is available with a choice of front or all-wheel drive.A second engine, a four-cylinder, 2.0-litre turbocharged engine, is rated at 250 horsepower. It's more powerful, can reach 0 to 100 kilometres per hour in less than 6 seconds, and is available with all-wheel drive. These two engines are paired with an 8-speed automatic transmission that is quick to respond. These models can tow up to 907 kilos (2,000 pounds) adequately equipped.But the choice doesn't end there, as the Ford Escape can also be offered as a traditional hybrid or plug-in hybrid, the latter offering an electric range of nearly 60 kilometres. Under the hood of the hybrid versions are a 2.5-litre four-cylinder engine and two electric motors that together develop 221 horsepower.

The Escape's cabin is nicely appointed and spacious for both front and rear seat occupants. Its nearly 950-litre cargo capacity allows you to carry all the gear you need for a family trip, or just the week's errands, without worrying. 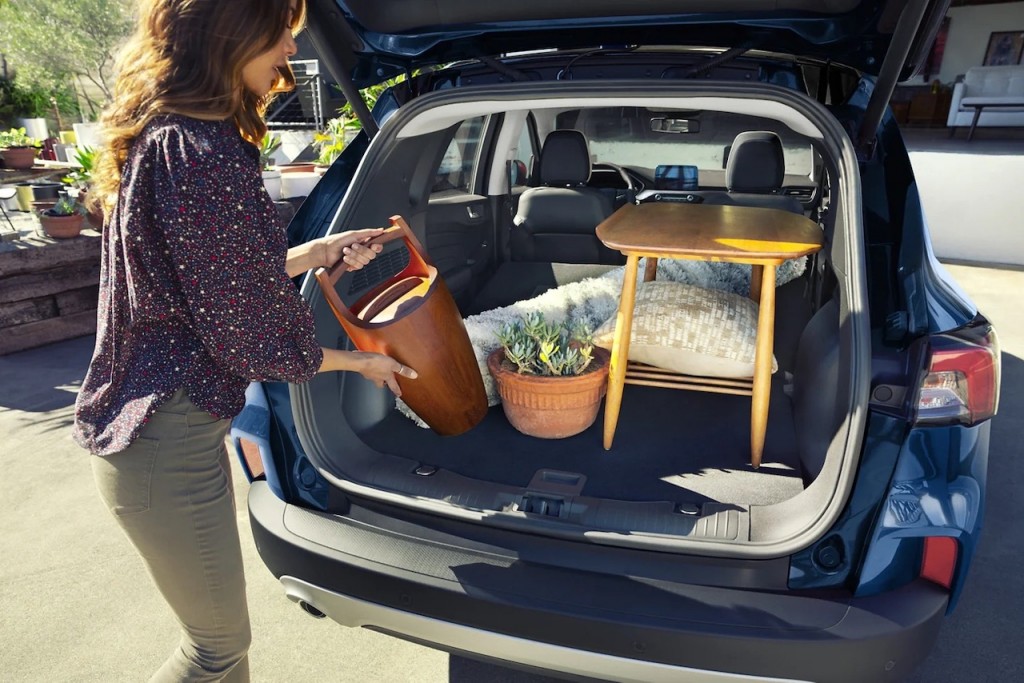 Beyond the simple space, however, the Ford Escape offers a layout that combines quality materials and unobjectionable ergonomics. Highly textured cloth seating is standard, while higher trim levels receive genuine leather seating surfaces in the most upscale versions. An optional 12.3-inch digital screen displays key controls in front of the driver.The Ford Escape doesn't neglect entertainment and life on board either. For example, the interiors feature an 8-inch touchscreen with Ford's SYNC3 infotainment system and Apple CarPlay/Android Auto capability.

FordPass compatibility also adds the features of an app available on your smartphone. It allows you to remotely access your vehicle and use, among other things, remote start on all Escape models. The higher-end versions also feature a 10-speaker B&O Play audio system, in-dash navigation and a 12.3-inch digital display. A head-up display is available as an option.

The Ford Escape is among the safest compact SUVs. It comes standard with the CoPilot360 package, a grouping of driving aids that make family rides safe. It includes features like standard forward collision warning with automated emergency braking, lane departure warning with lane-keeping assist and blind-spot monitoring with standard rear cross-traffic alert. Adaptive cruise control is also available.Efficient, with various powertrains and cutting-edge technology, the 2022 Ford Escape is the compact SUV that will meet all your needs.

Efficient, with various powertrains and cutting-edge technology, the 2022 Ford Escape is the compact SUV that will meet all your needs. 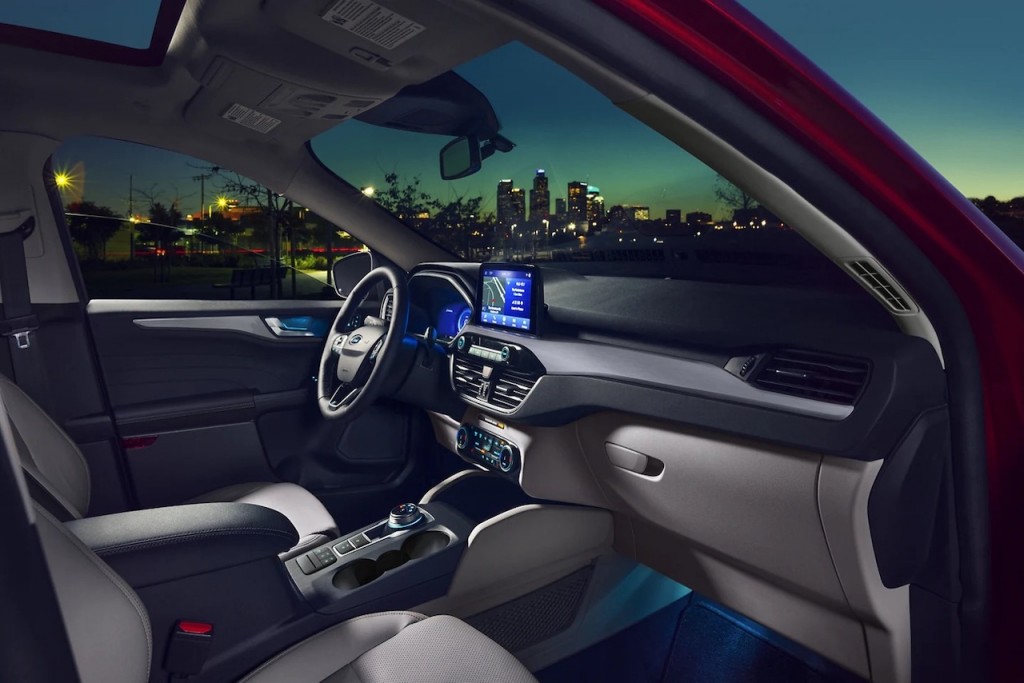 By submitting your email address or phone number, you allow us, Boyer Ford Lincoln, to include you on our contact lists to send you information about our products, services and promotions. You may revoke consent at any time by clicking on the "Unsubscribe" link in your email.